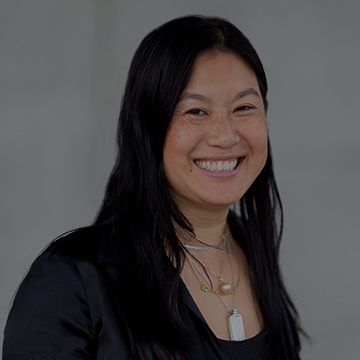 Lili Cheng is a Corporate Vice President at Microsoft for Cloud + AI and Conversational AI. She is responsible for conversational AI technologies for Microsoft and its customers. She works with external partners around the world, ranging from start-ups to large-scale enterprises, to identify areas of collaboration, drive innovation and deliver solutions. In this capacity, she also manages Microsoft’s relationship with the conversational AI developer community.

Within Microsoft, Cheng has diverse talent. She founded the Social Computing Group and Future Social Experiences (“FUSE”) Labs in Microsoft Research. She was the Director of User Experience for Microsoft Windows and has innovated on technical infrastructure in the areas of real time data, search and Microsoft Azure.

Prior to joining Microsoft, Cheng worked in Apple Computer’s Advanced Technology Group on the User Interface research team, where she focused on QuickTime Conferencing and QuickTime VR. Her first career was as an architect in Tokyo and Los Angeles for Nihon Sekkei, and Skidmore, Owings & Merrill on commercial urban design and large-scale building projects. She continues her expertise in architecture by designing online community and partnering with the top design schools around the world for programs such as the Microsoft Design Expo.

She serves as a board member for AI4All, which partners with top universities to educate future AI talent about AI for social good. She has been recognized by multiple organizations, including Time Magazine (“Future of AI”), Forbes (“Women@Forbes 2018”), Fast Company (“Most Creative People 2016”), New York University (“Tisch 50th Anniversary Creativity Award”), and has given numerous keynotes and interviews including: Wired, Forbes, O’Reilly Media, SXSW.

Cheng lives in the Seattle area, with her husband, and has three boys.