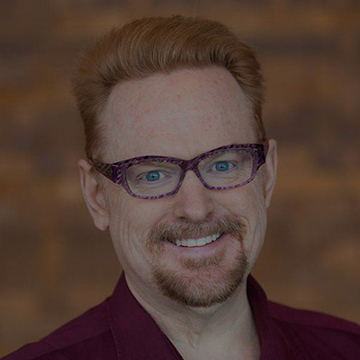 Tom created the acclaimed international TED Fellows program in 2009, which just celebrated its 10th anniversary with nearly 500 Fellows from 96 countries. 2021 is his 15th anniversary working at TED. In 2020, Rielly will celebrate 30 consecutive years of attending TED all over the world. He is also renowned for his TED conference satires.

Rielly found his career passion in personal computing. He recognized early the incredible power of Macs and the Web, co-founding Yale's Macintosh User Group in 1984, then working at SuperMac, Farallon and Voyager.

Rielly is well known for being founder and CEO of PlanetOut, which was the largest digital home for gay, lesbian, bisexual and transgender people. He also co-founded the influential nonprofit Digital Queers. He and Tim Gill came up with the idea for Outgiving, the leading LGBTQ+ philanthropy conference. He was co-founder and is board member of The Moving Windmills Project, which works on innovation and development in Malawi.

At TEDGlobal 2007, Tom met TED's youngest TED Fellow, Malawian author of the NYT bestseller The Boy Who Harnessed the Wind, William Kamkwamba. The movie based on his book debuted at Sundance and is now available on Netflix. Rielly was educated at The Sorbonne, Georgetown, and Yale, where he dropped out to enter the nascent tech industry.

His interests include mentoring/leadership development, travel, Africa, film and theater.